My amaryllis – that has moved alongside me to Belgium, Sweden and the UK – is flowering again. It has done, on a yearly basis. As all the years before it has sprouted two sets of flowers; I assume it is a twin. The thing though – it’s getting larger and larger each year. This time the larger of the two flower stems is 91 cm from base to top. That’s more than half my size! I had to climb on the (rickety) table and even then, with a wide angle lens needed to do an overhead shot, the back of the camera touching the ceiling. I’d hoped both sets of flowers would bloom at the same time, but – well one of the two had already withered before the other opened. 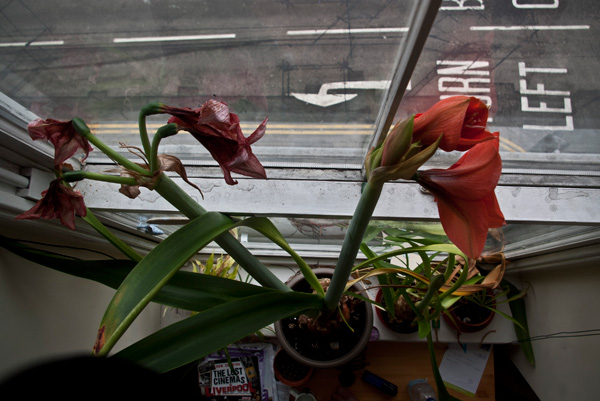 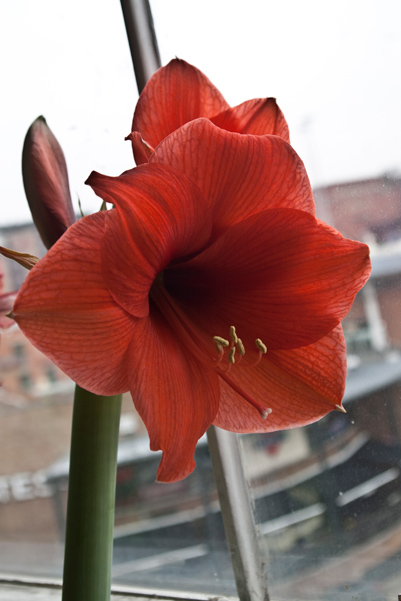 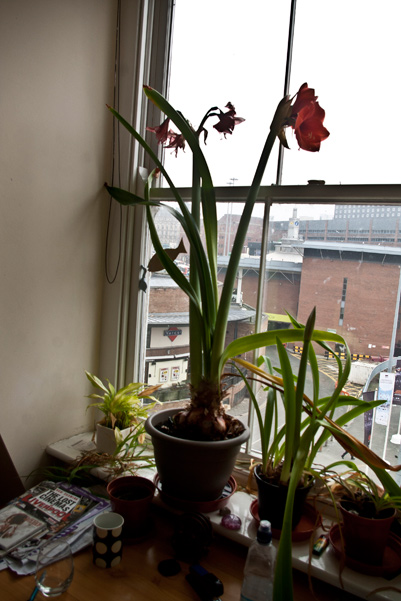 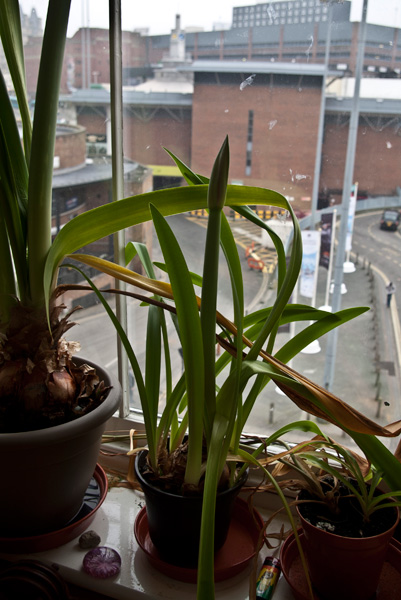 And, for the first time, the younger sibling is about to flower. I don’t know what colour this one is. But it’s the oddest amaryllis I’ve ever seen; it just sprouts leaves all over.

Finally – here’s a panorama from a foggy day (that would have benefited of more, much more, photos adding vertical height).